Among the destruction is a reemergence of history.
By Emily L. Mahoney
Published Oct. 23, 2018

Hurricane Michael carved through the Florida Panhandle with crushing force, reducing entire neighborhoods to flattened rubble and killing at least 27 people, according to state and local officials.

But among the destruction is also a reemergence of history.

The storm's surge unearthed a shipwreck from the 19th century, one or possibly two sunken ships that were washed up on Dog Island by a 1899 hurricane.

According to Sarah Revell, spokeswoman for the Florida Department of State, the wrecks "have been mapped and investigated scientifically multiple times," and parts of them have been exposed in the past.

Because of past research and Hurricane Michael recovery efforts happening nearby, "we do not have immediate plans to revisit the site," she said. "We may visit the site in the near future with some of our partners if it has not been covered up by sand again."

Photos posted to the Carabelle Boat Club Facebook page depict what could be the outline of a hull poking through the sand, as well as the splintered remnants of another large piece: 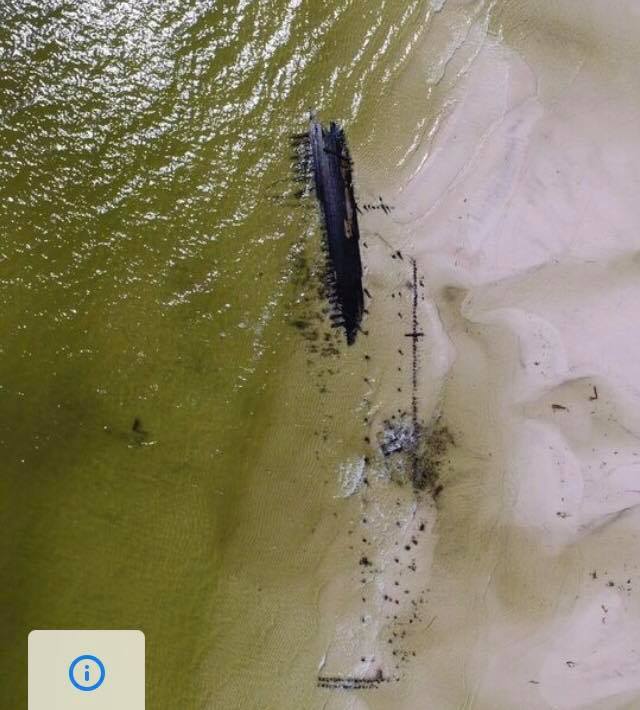 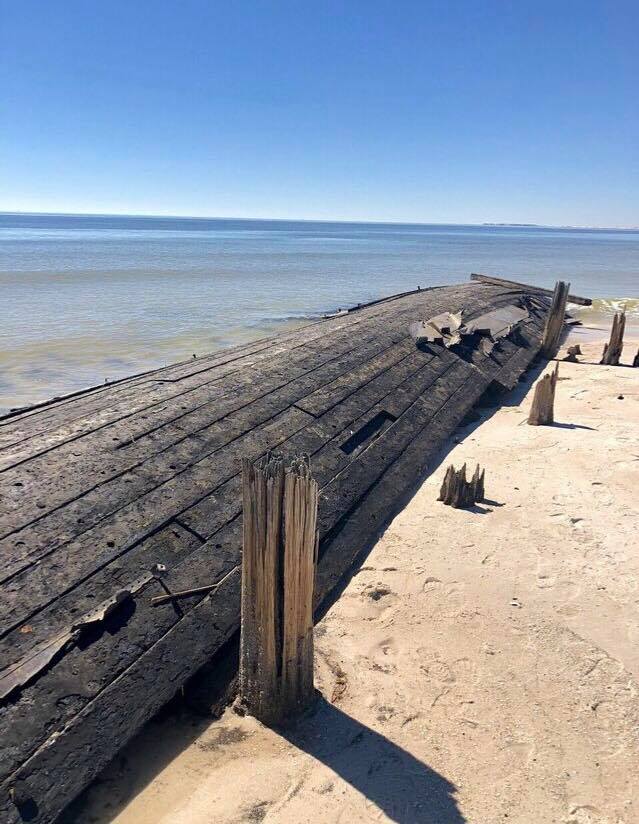 ALSO IN THIS SECTION