The open race to lead Florida's third-largest city comes to a vote Tuesday. 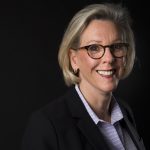 Jane Castor, 59, the city’s police chief between 2009 and 2015, is running on her record of leadership over the department. She has also backed transit upgrades, affordable housing initiatives and sustainability efforts. Through mid February, she has raised nearly $688,000, the second-most in the race.

David Straz, 76, a retired banker and philanthropist, says he wants more attention paid to poorer neighborhoods in the city. He has also said he'll try to cut 10 percent out of the city's $1 billion budget, citing "fluff and waste." Straz has also called for the elimination of the city's red-light camera program. His mostly self-funded campaign netted $2.4 million. 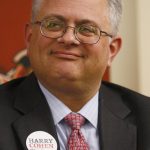 Cohen, 48, is a City Council member. Cohen, who is a lawyer, also worked as the Chief Deputy Clerk of the Hillsborough County Circuit Court. Cohen has emphasized infrastructure issues, including steps to combat climate change, as the centerpiece of his campaign. He has also called for more civility in public life. Cohen has raised more than $479,000 through mid February. 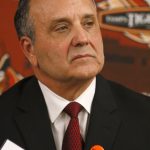 The son of former Mayor Dick Greco and a retired Hillsborough circuit and county judge, Dick Greco Jr., 65, has run on a platform of reaching across jurisdictional lines to solve complex problems like transit, affordable housing and climate change. He was the last candidate to enter the race in mid January, right before the end of the qualifying period. He has raised $220,000, the bulk of it through a single donor to his affiliated political committee: Edward J. DeBartolo Jr., former owner of the San Franscisco 49ers and Tampa businessman and philanthropist. 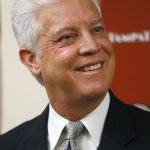 Mike Suarez, 54, is a City Council member and a commercial insurance agent. A two-term holder of a citywide seat, Suarez has emphasized his knowledge of neighborhood issues in the campaign. He has also pledged to improve public safety, transportation and transparency in City Hall. Suarez has raised $166,000 through mid February. 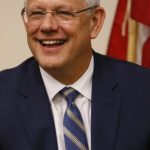 Ed Turanchik, 63, is a former Hillsborough County commissioner who is also an attorney and has developed affordable housing. Turanchik has stressed his transportation plan, which would put a mixture of trains, trams and buses crisscrossing the city. He has also touted his long record of civic engagement as a selling point. Turanchik raised about $368,000 through mid February. 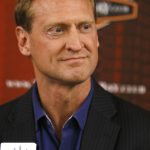 Topher Morrison, 50, is a branding consultant who based his campaign on big, outside-the-box ideas like aerial gondolas to ease congestion and rebranding the city to boost its image. Later in the campaign, he released detailed plans on transportation, environmental policy and affordable housing. Morrison, the only candidate without an affiliated political committee or similar fundraising entity, raised just under $84,000 through mid February.

The winner replaces popular two-term Mayor Bob Buckhorn for a four-year term as CEO of the city. The job pays $160,742. Tampa's strong-mayor system gives enormous power to the office, the holder of which largely calls the shots in Florida's third-largest city. And once Tampa elects a mayor, the incumbent usually gets re-elected.

What you need to read

David Straz is spending heavily in black neighborhoods. Will it help him become Tampa’s next mayor?
Some Tampa mayoral candidates say city is too clubby, too controlled by ‘Good Old Boy’ network
In Tampa mayor’s race, how you say it matters when there are few differences on the issues
Up next:Attorney General Moody rejects ‘energy choice’ petition, calls it misleading