The storm bearing down on Florida is now officially Hurricane Hermine.

It will be the first hurricane to strike Florida in nearly 11 years.

"But Tampa Bay is not going to have any hurricane impact," said National Weather Service meteorologist Jennifer Hubbard. "It's not going to be much different from what we've seen with other tropical storms."

The storm's great impact could be felt by residents in the Big Bend region, she said, as the Category 1 storm is expected to lash the ares with heavier rain and higher winds.

"The most important thing we ought to all put in our minds is this is life-threatening," Scott said Thursday at the state's Emergency Operations Center in Tallahassee.

So much time has passed since Hurricane Wilma hit Florida in 2005 that the governor wants to make sure that everyone who has moved to the state since then takes Hermine seriously. 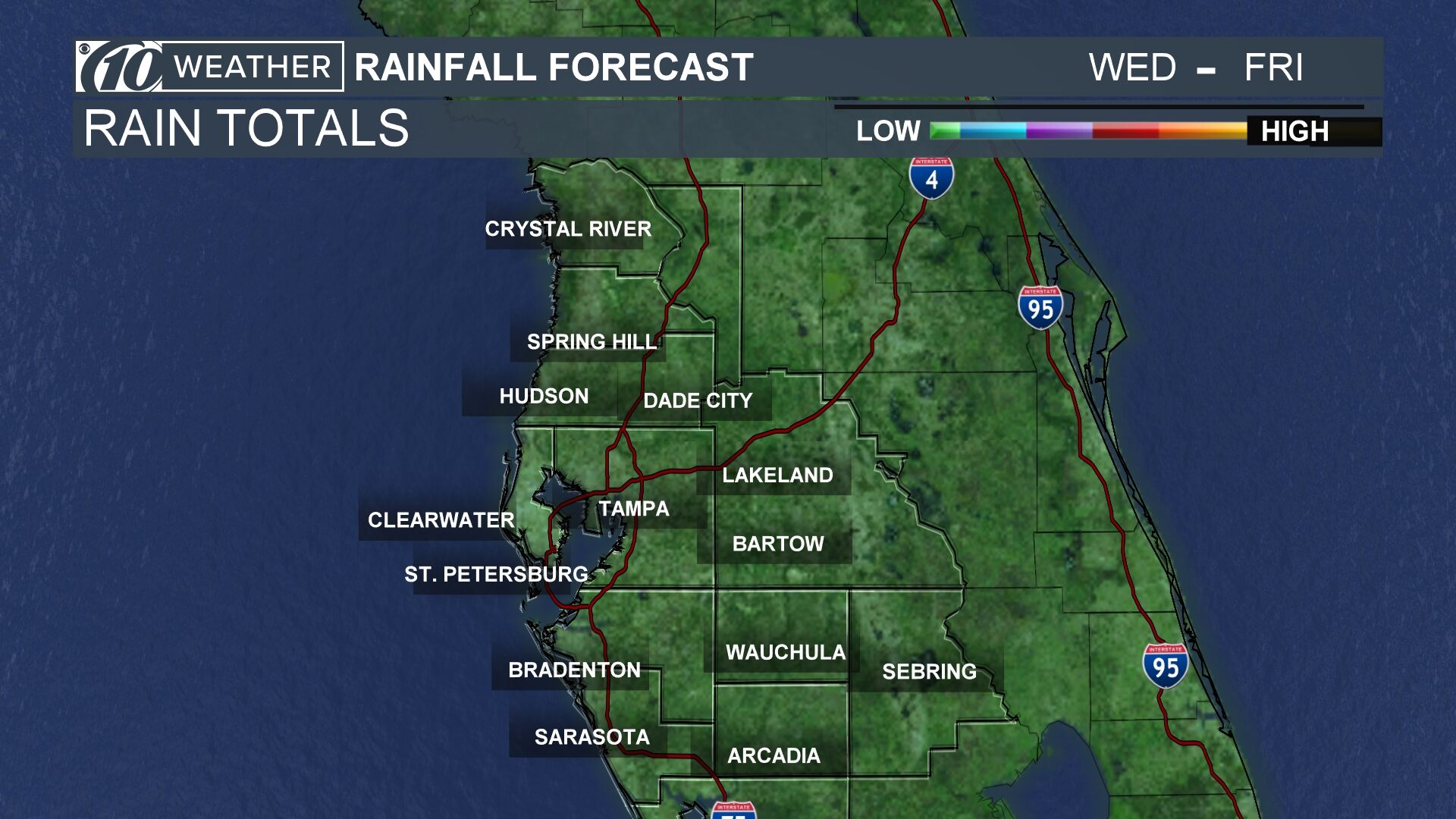 "We haven't had a hurricane in years," Scott said. "So many people have moved to our state and we always have visitors."

By Thursday evening the center of the storm was about 85 miles south of Apalachicola. It strengthened overnight, reaching 75 mph winds and speeding up to 14 mph as it heads north-northeast through the Gulf of Mexico.

Locally, the heaviest rain will be seen along the coast, 10Weather WTSP meteorologist Bobby Deskins said, with a coastal flood advisory in effect for Sarasota, Manatee, Pinellas and Hillsborough counties.

"I think the wind is going to be one of the biggest issues today and tomorrow," Deskins said, adding that the area could see sustained winds of 15 to 25 mph, with gusts reaching 30 to 40 mph.

Wind bands from the south are on their way, too, Deskins said, which could cause coastal flooding Thursday into Friday.

Hubbard said rounds of rain bands moving over Tampa Bay will bring "very fast, heavy downpours," which will continue on and off into Thursday night.

LIVE BLOG: The latest dispatches from our reporters, advisories from National Hurricane Center

"There's already normal high tide," Deskins said. With the added water from the storm, he said, "this is basically exaggerated high tide."

Meteorologists will keep a close eye on shore water buildup, especially around 3 a.m. and 3 p.m. Thursday and Friday, when expected high winds will match with high tide to bring more water ashore across the bay area.

By Thursday afternoon, Clearwater Beach flew a red warning of the hazardous conditions the storm was expected to bring. Some beachgoers strolled on the sand and watched larger-than-normal Gulf waves crash onto the shore.

A flood watch will remain in effect for all coastal counties in the Tampa Bay area through Friday at 8 p.m. when the rain tapers off, Deskins said.

In Largo, manholes continued to spew sewage into the streets. Meanwhile in St. Petersburg, flooding closed Martin Luther King Jr. Street and Bayou Boulevard S. Fire Rescue had to help two women — and their dogs — escape from their Maggiore Lake home that was surrounded by up to 5 feet of still-standing water.

The City of Tampa closed down Bayshore Boulevard in both directions.

Deskins said the storm should begin its Florida exit around midday Friday.